It is often the case that when a Freemason is on holiday, he will find a way to continue his interest. A trip to New York was just the case for one Mark Mason.

Keith Armitage is a member of Palatine Lodge in Sunderland but since relocating to Wales has also joined Windsor Lodge 1754, although his heart remains with his home town and home Lodge.

Whilst on holiday in New York City he thought he would visit the Grand Lodge of the State of New York. Unfortunately, there were no tours the day he visited and the building is not normally open to the public. However, he managed to charm his way in and ended up having a one to one tour culminating in a personal tour of the Grand Secretary’s Office by the man himself Richard T Schultz. Keith commenting that he was such a nice man and very accommodating indeed.

When he was looking around the office, he I noticed a large round wooden table with a glass top, under which there was an impressive display of Masonic Coins from all around America.

It just so happened, he had a Durham Mark Master Masons Token in his pocket and once his tour was completed, he gifted it to Richard for his table.

Keith had a great time with Richard Schultz and when he returned to my hotel room, he was overwhelmed to find a photograph in his email inbox. It shows the Durham M.M.M Token under the glass of his display table in his amazing office.

Keith thought it might be of interest, that the Provincial Grand Lodge of Mark Master Masons of Durham is now represented by a M.M.M Token in the Grand Lodge of the State of New York.

Whilst on his tour round their Great Library, Keith also spotted two pieces of Masonic Sunderland Lustre Ware and promptly informed them that they were made back in his home town. 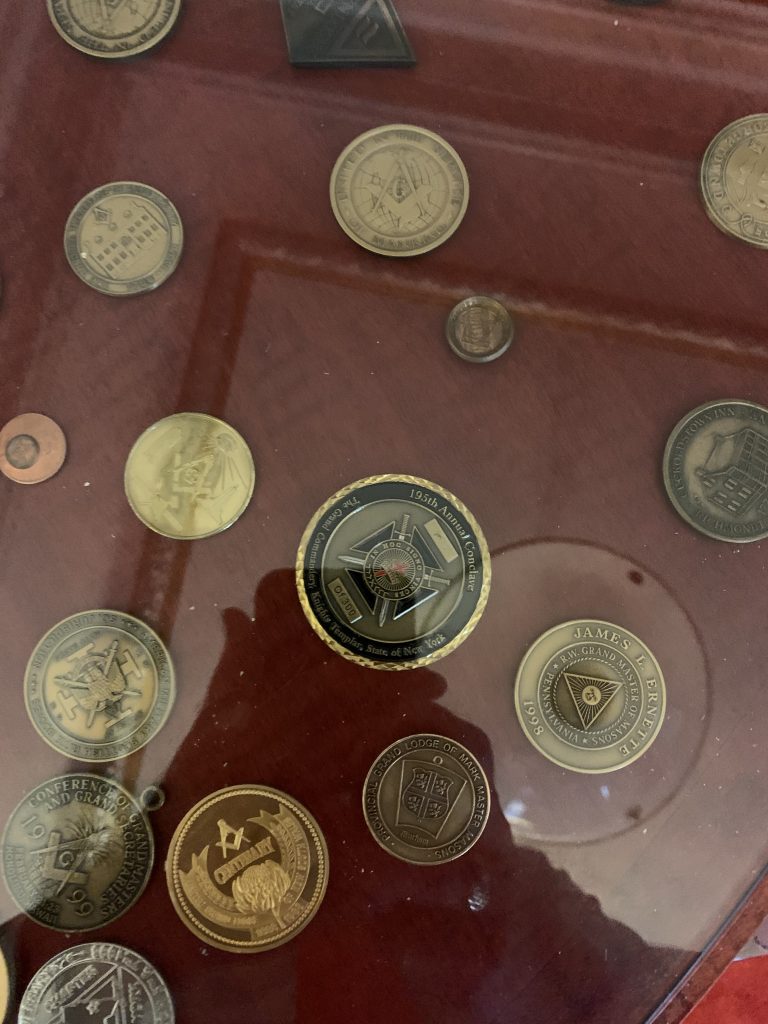